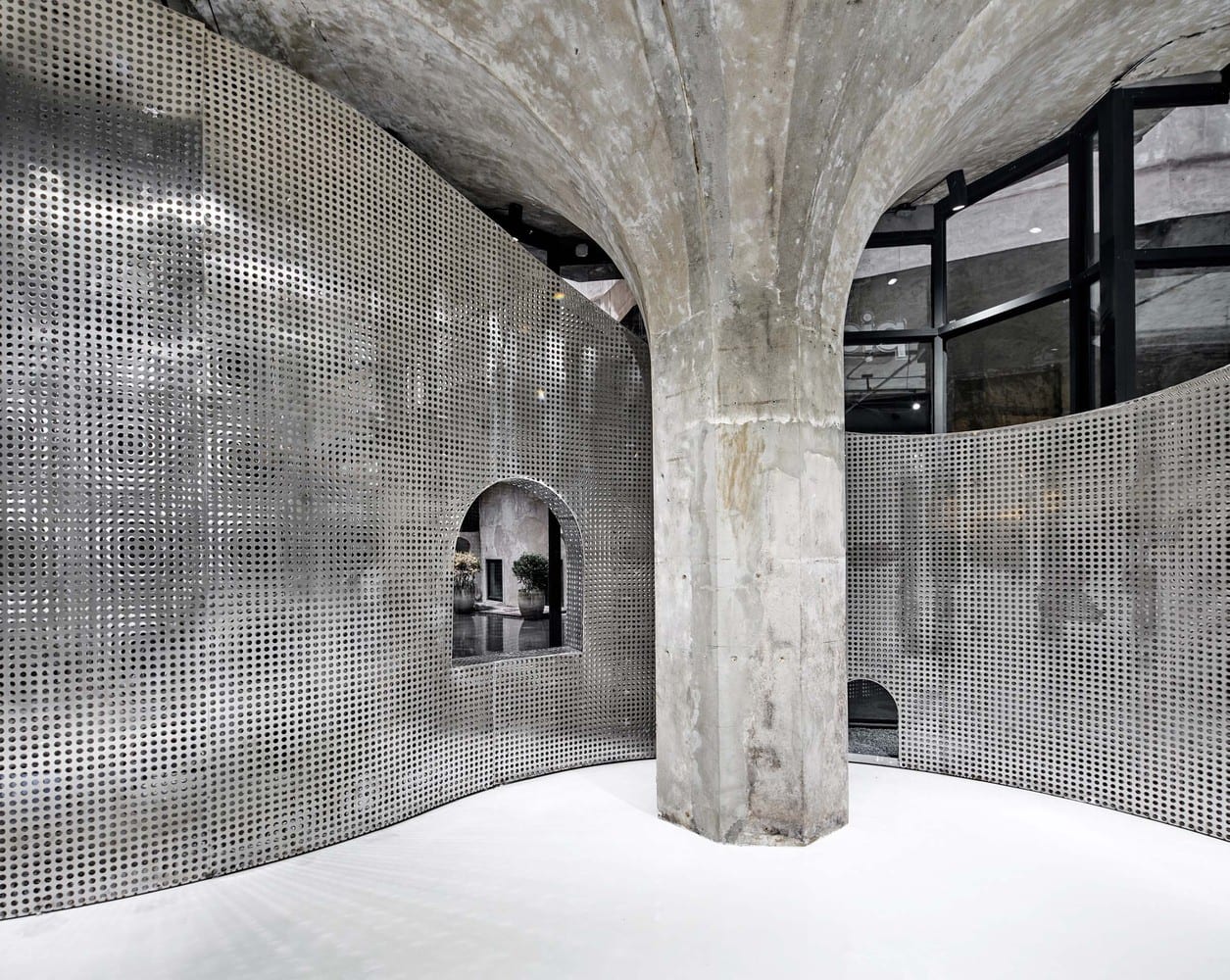 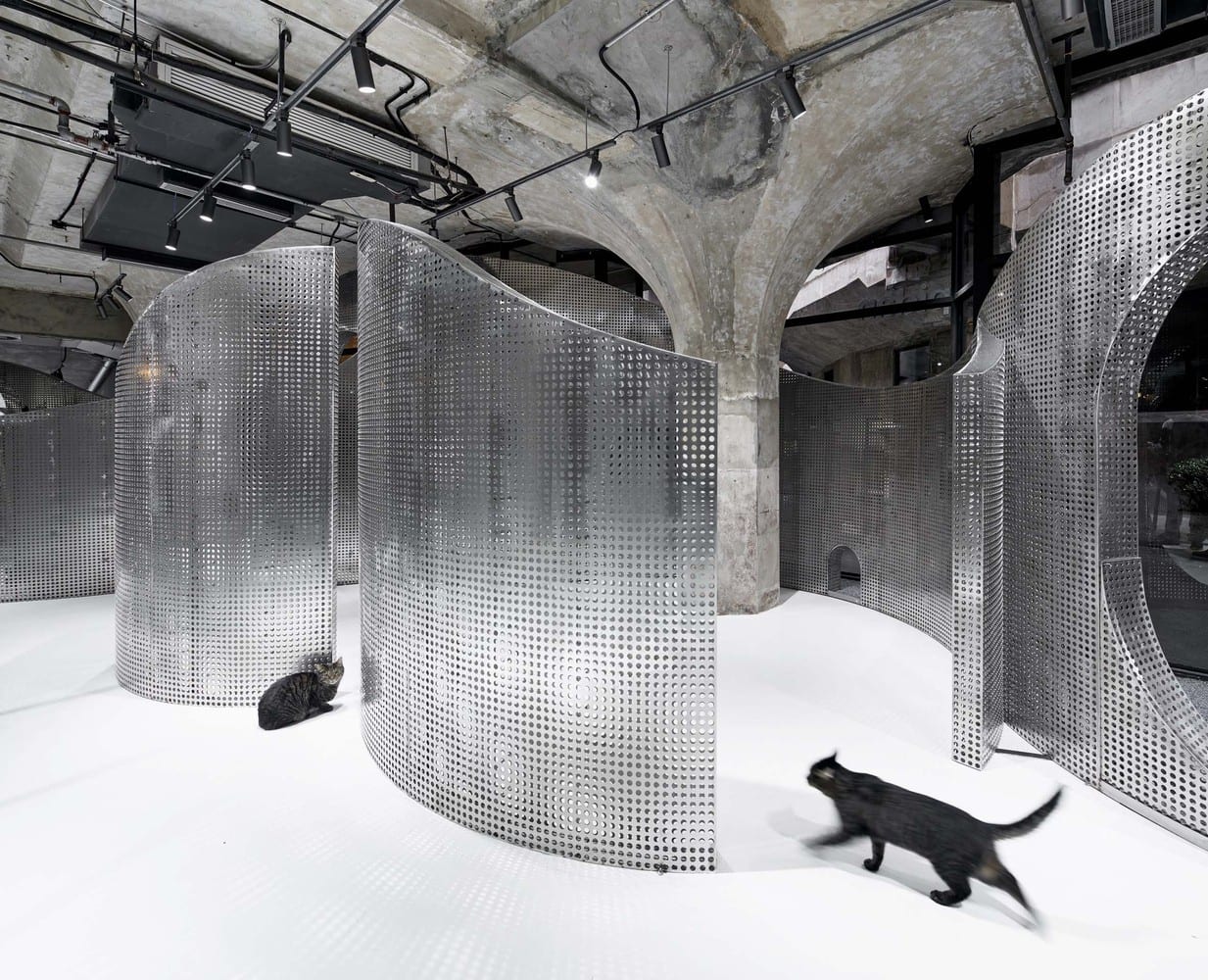 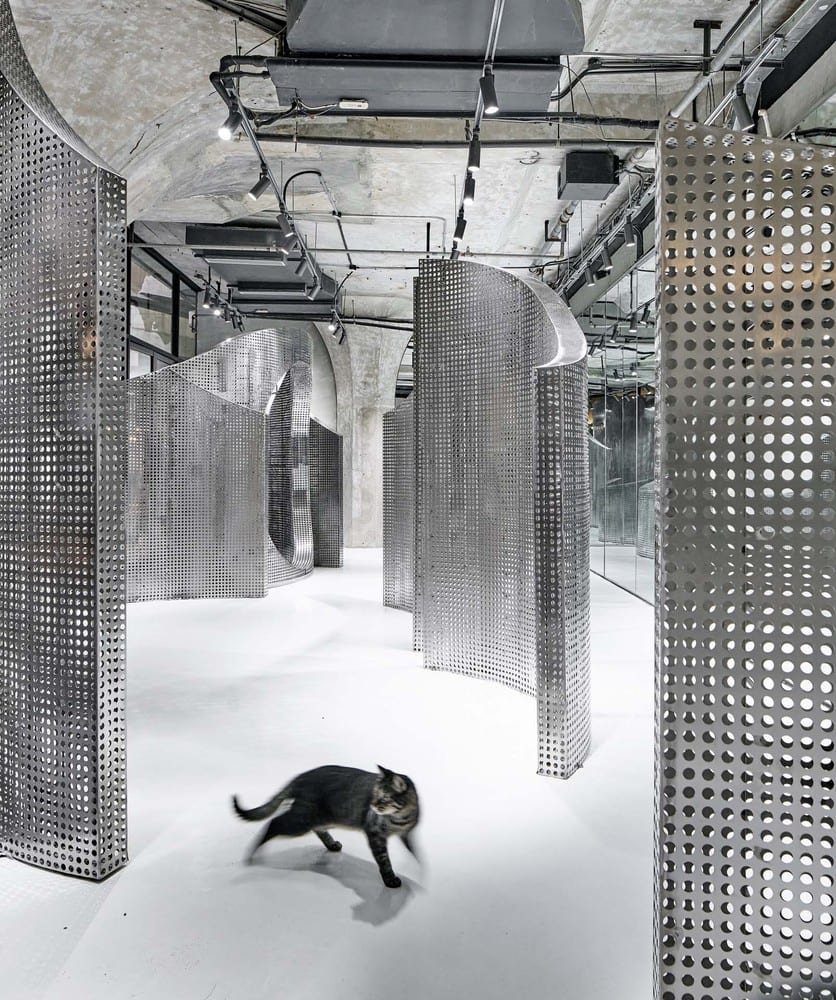 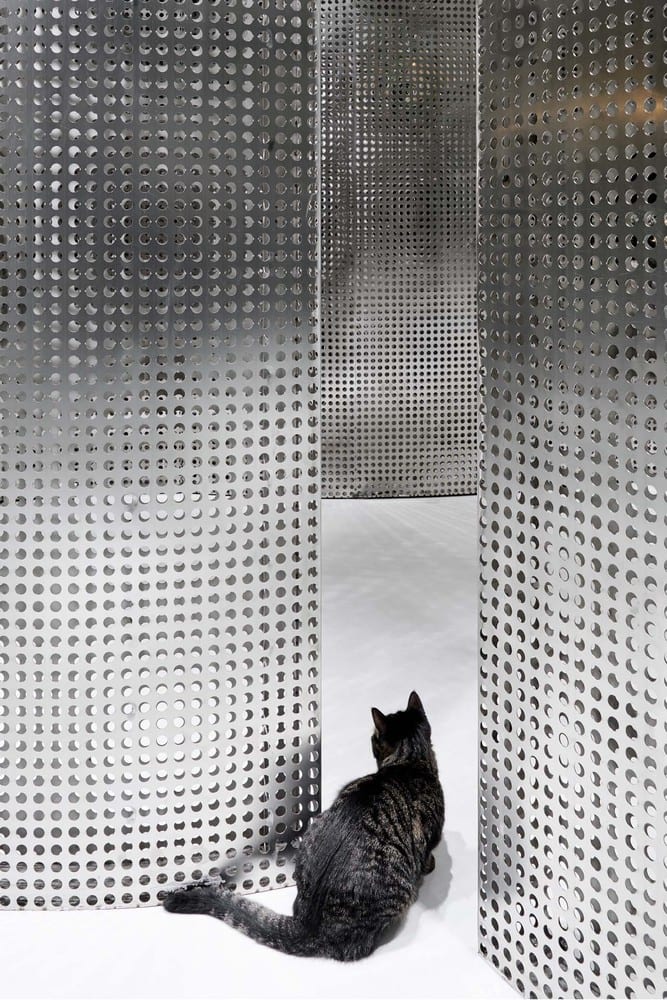 Ever heard of those cat cafes popular in some Asian countries? Consider this place the semi-morbid version. Originally designed by British Master architect Balfours, 1933 Shanghai was the largest and most notorious slaughterhouse in the East, taking countless animal lives. Nowadays, the building is Shanghai‘s most famous cultural and creative industry centre.

Located on the ground floor of the vast and winding 1933 structure, I.F.S.E Space Creative Lab has created The Animal Backbone. A stainless steel form perforated with almost half a million holes rises up through the interior, resembling the backbone of an animal rising from the ground. The vast number of holes is a tribute to the former grievous massacre of animals and their restless souls, whilst implying that the current generation bears the weight of this history.

The steel winds its way around the original gothic columns of the concrete, steel, and glass structure, impressive architecture that inhabited a gruesome purpose. Contemplating shared spaces between humans and animals triggered the project. I.F.S.E implanted animal behaviour into the design, tracing the trail of a cat which they let roam throughout the space and using its trajectory to inform the curved shape of the steel ‘backbone’. 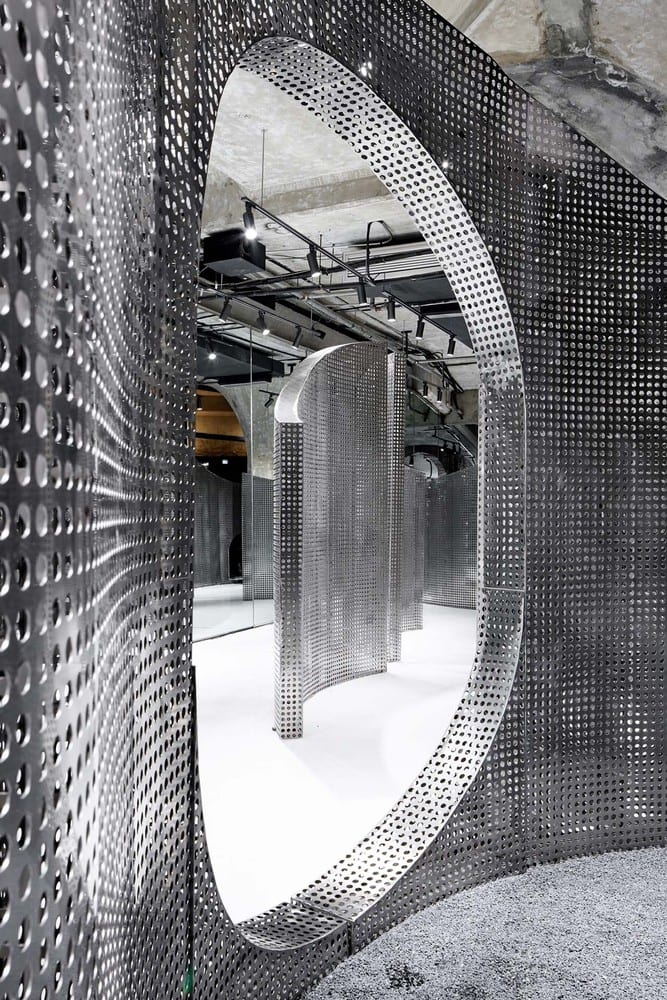 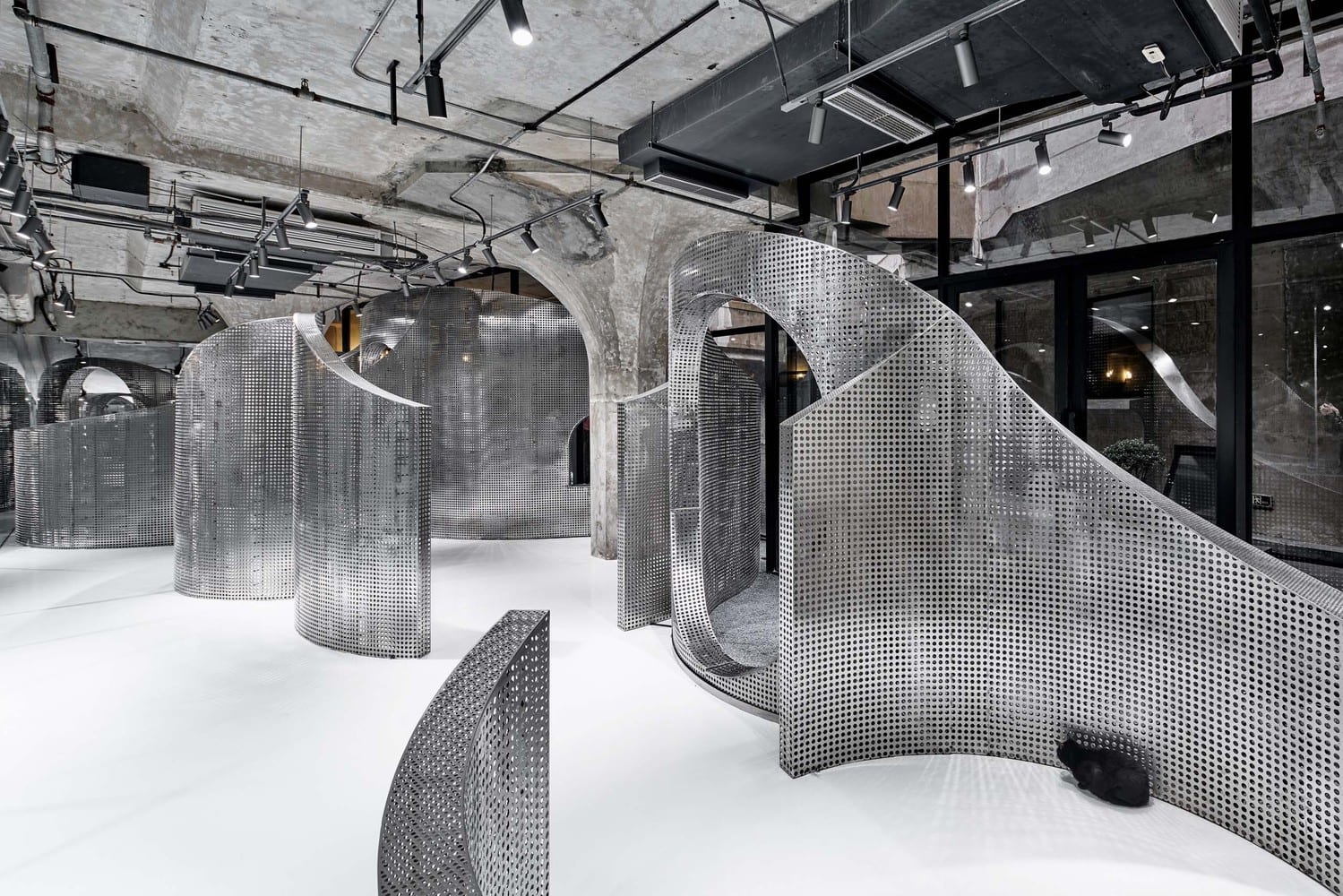 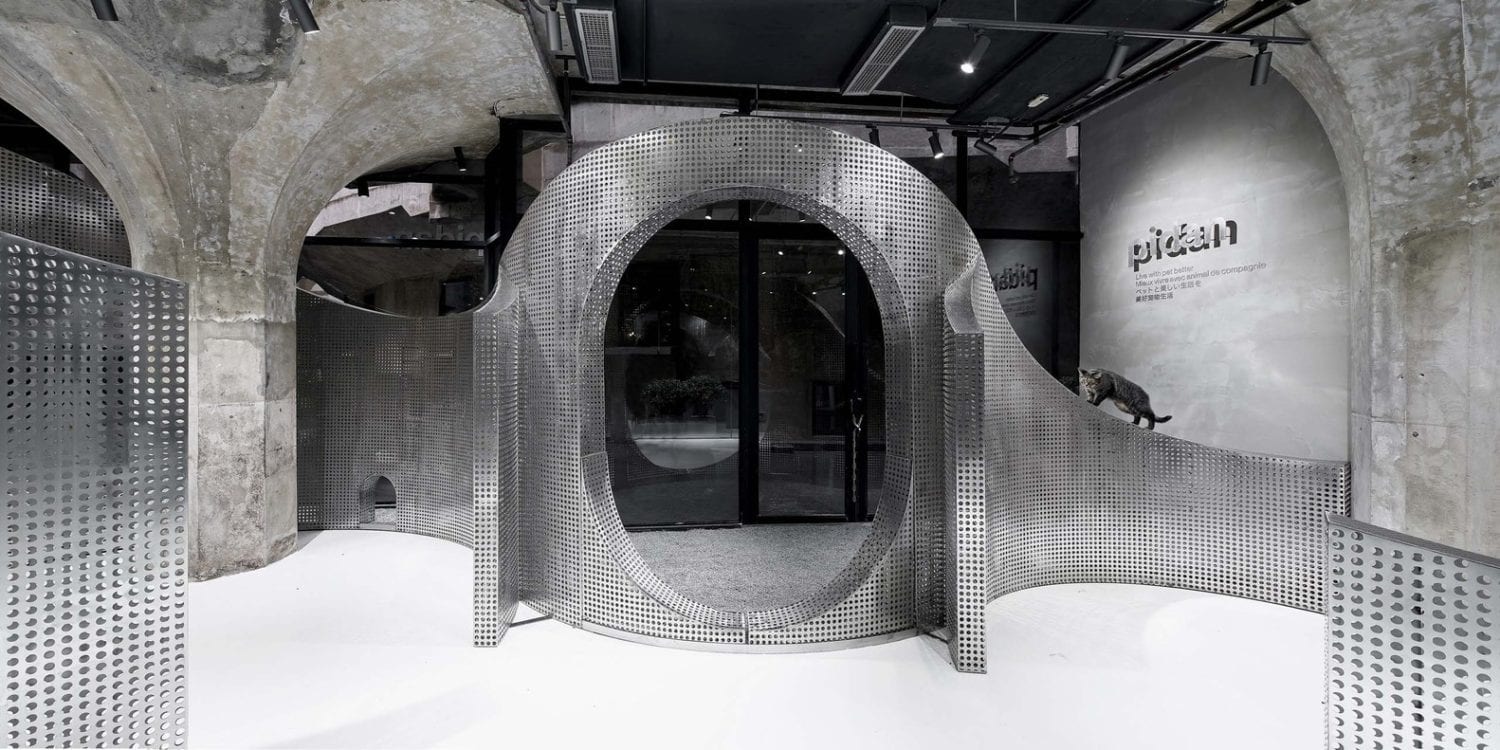 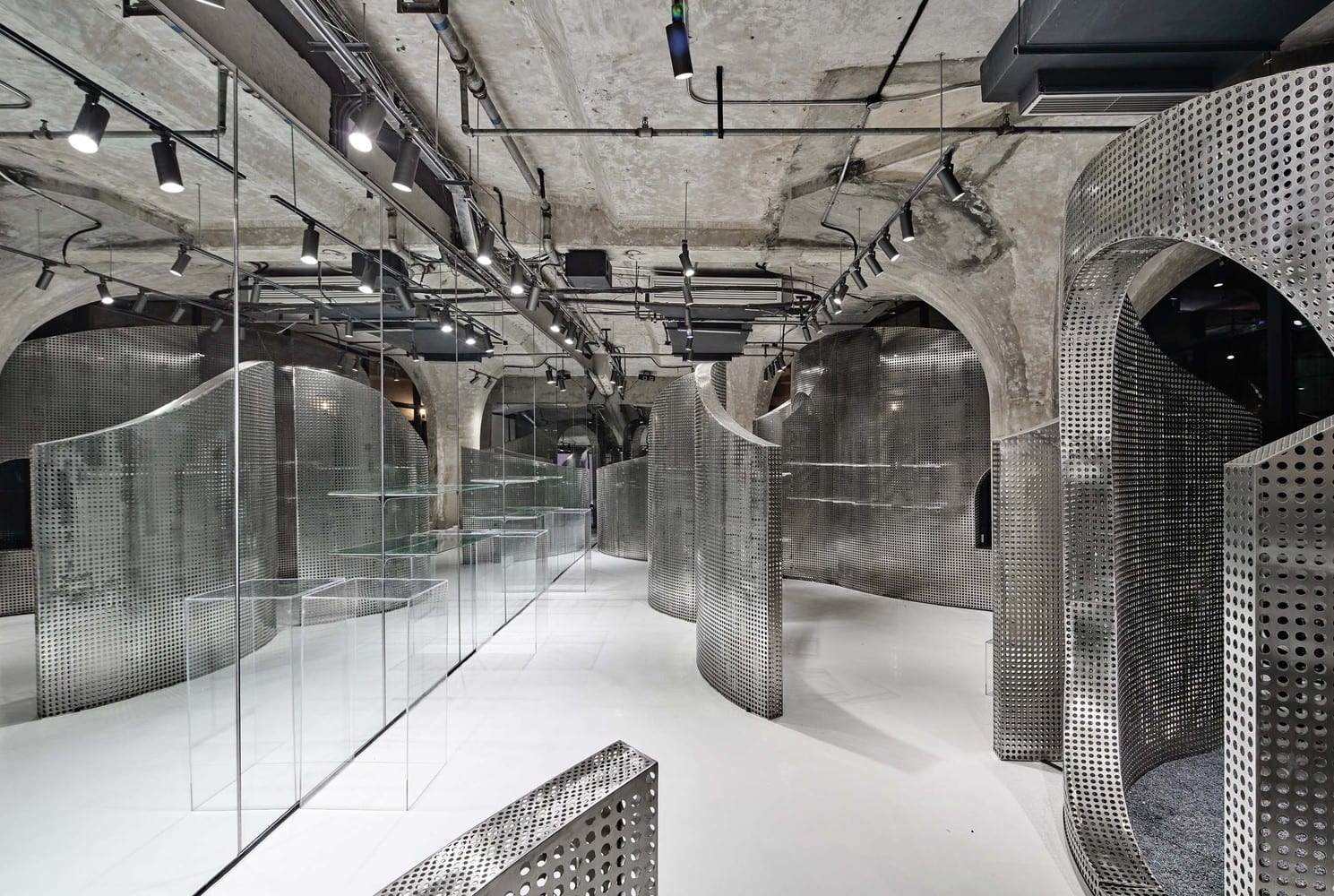 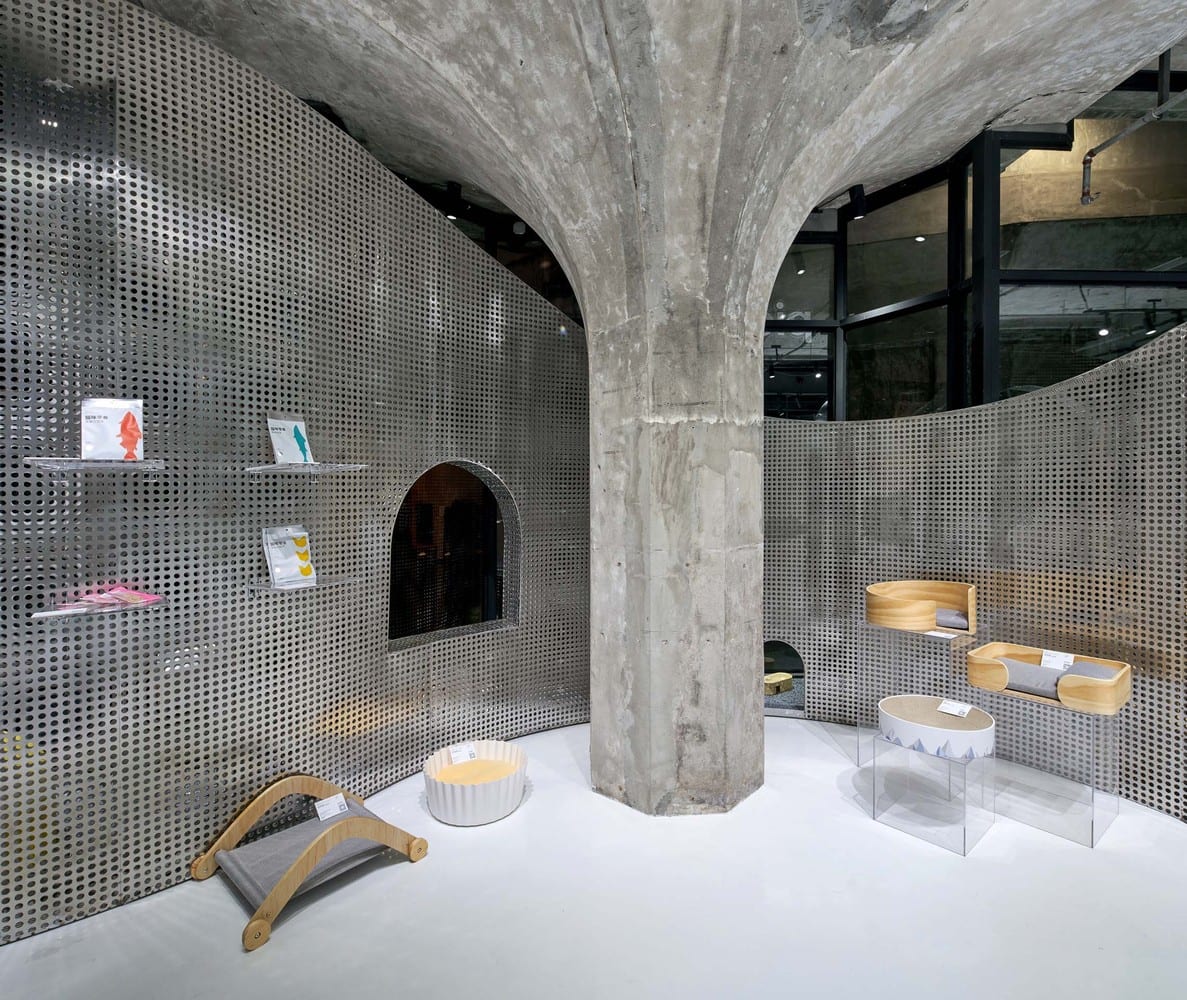 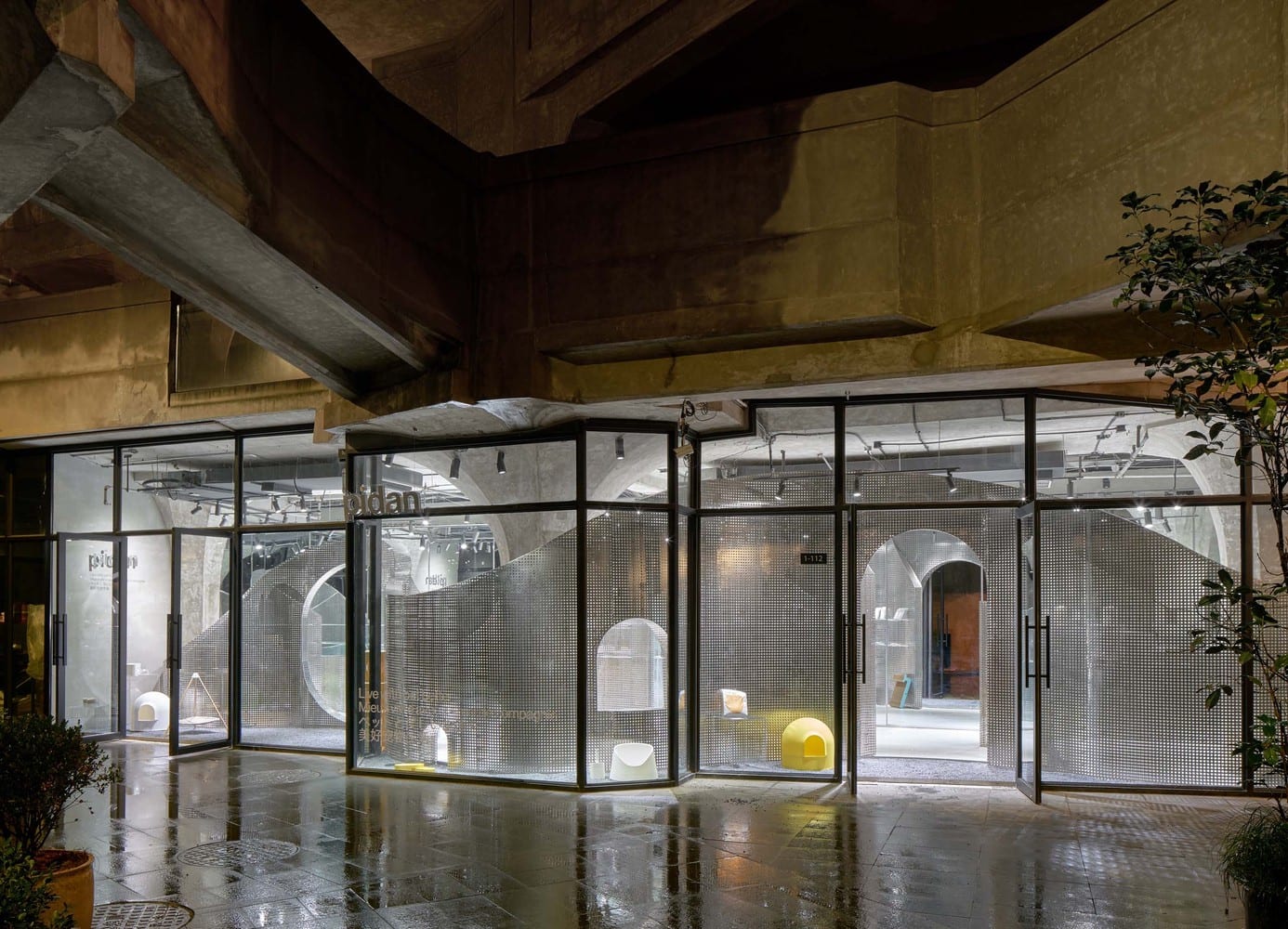 The steel divides the space into inner and outer sections. Divided into several circular spaces along the trajectory, the inner space is used for retail and the display of animal care products and toys, a replacement for the traditional ‘shop window’ format. When there is no product on display, the Animal Backbone takes on an anonymous, sculptural form. The animal-related products bring a sense of warmth, life and purpose to the project.

“It is believed that as more and more animal care products are designed by people, the animal backbone will become another kind of happiness,” say the architects.

The outer space is used as a sanctuary for stray animals, the ground paved with gravel. Visitors enter through a gravel-paved entrance before proceeding to the inner space. There are many doorways and windows along the curved steel backbone, allowing both people and animals to observe or pass between the two sections. END_OF_DOCUMENT_TOKEN_TO_BE_REPLACED

You may have missed

4 Chic Ways to Use Rustic Brickwork

Everything You Need to Know About Light Bulbs