Geez, these months are passing by really fast, aren’t they!? Our May (already?) edition of the Yellowtrace Spotlight rounds up the best of the best submissions from the past month, featuring Australian and global design news. And by now you all know the drill – there’s so much awesome design to share, so trust us when we say you don’t want to miss out on this month’s selection. We have three new hospitality projects in Melbourne, Belgium, and British Columbia, a nostalgia-inspired stone release from Fibonacci, an all-brick house in India and more favourites from Milan including the latest from Local Design. Go on, get to it already! 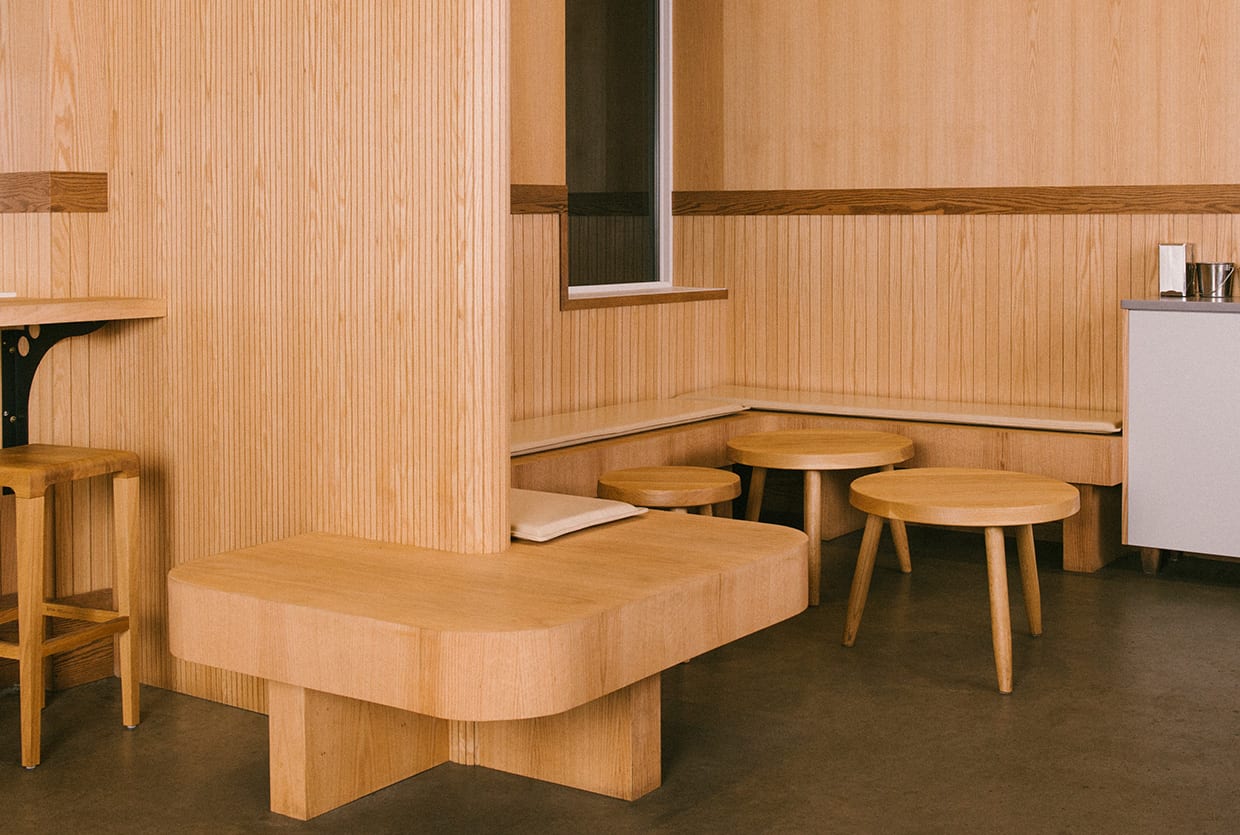 Parsonage Cafe in Victoria BC, Canada by Studio Roslyn.

Vancouver-based Studio Roslyn have designed the new digs of Parsonage Café in Victoria, British Columbia, set in a former upholstery and automotive shop. 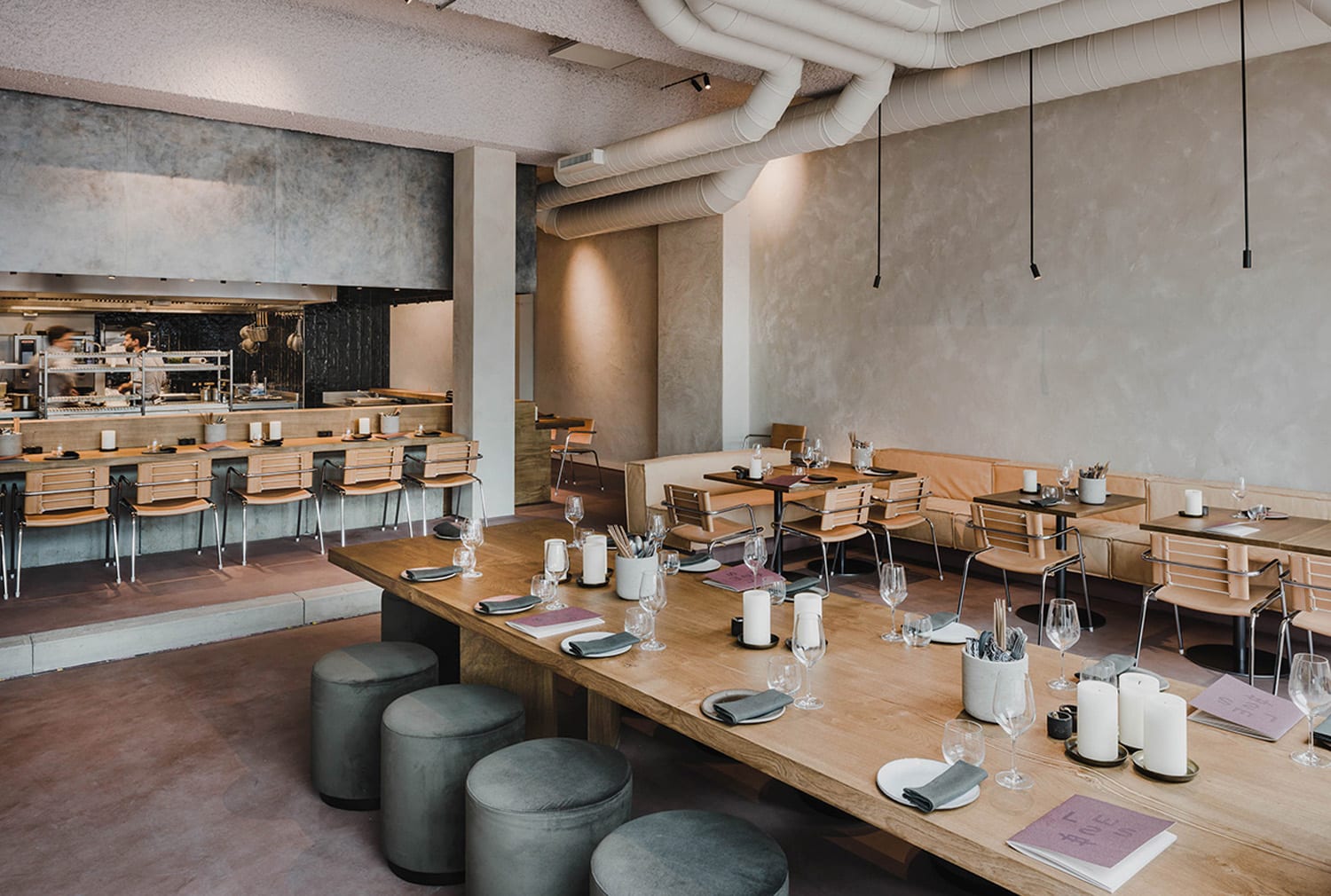 L.E.S.S Eatery In Bruges, Belgium By Tommy Van Den Brandt Of Another Office.

Belgian culinary duo Gert De Mangeleer and Joachim Boudens have taken their eatery L.E.S.S to new heights with the help of Another Office. 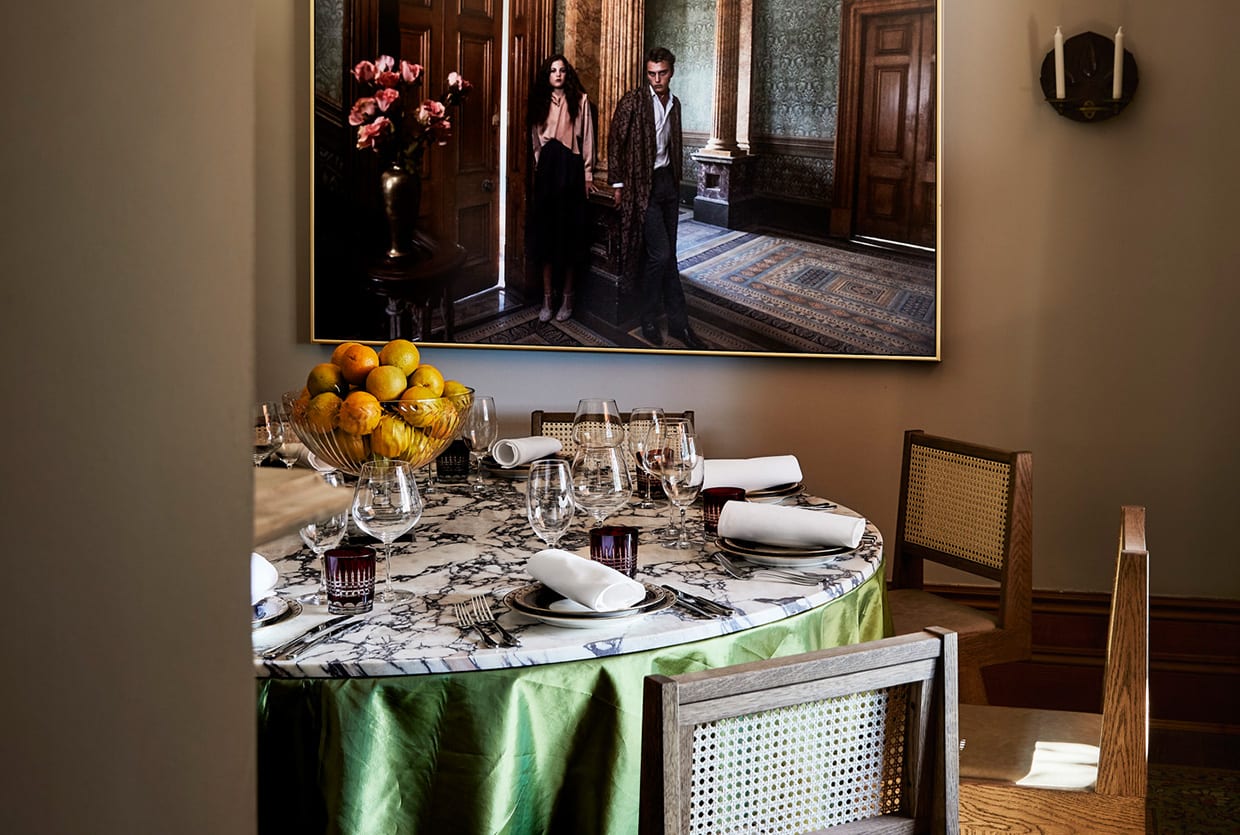 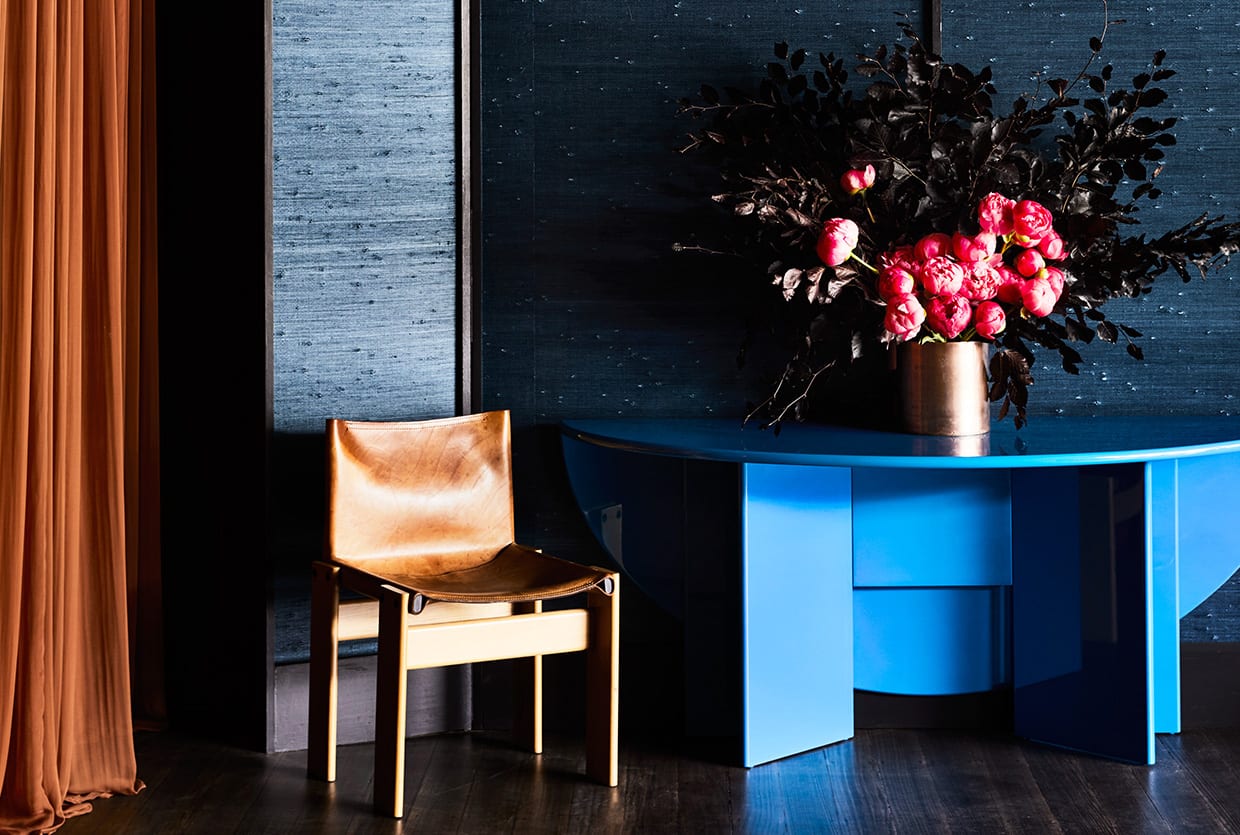 Castorina and Co Showroom in Fitzroy by Flack Studio. 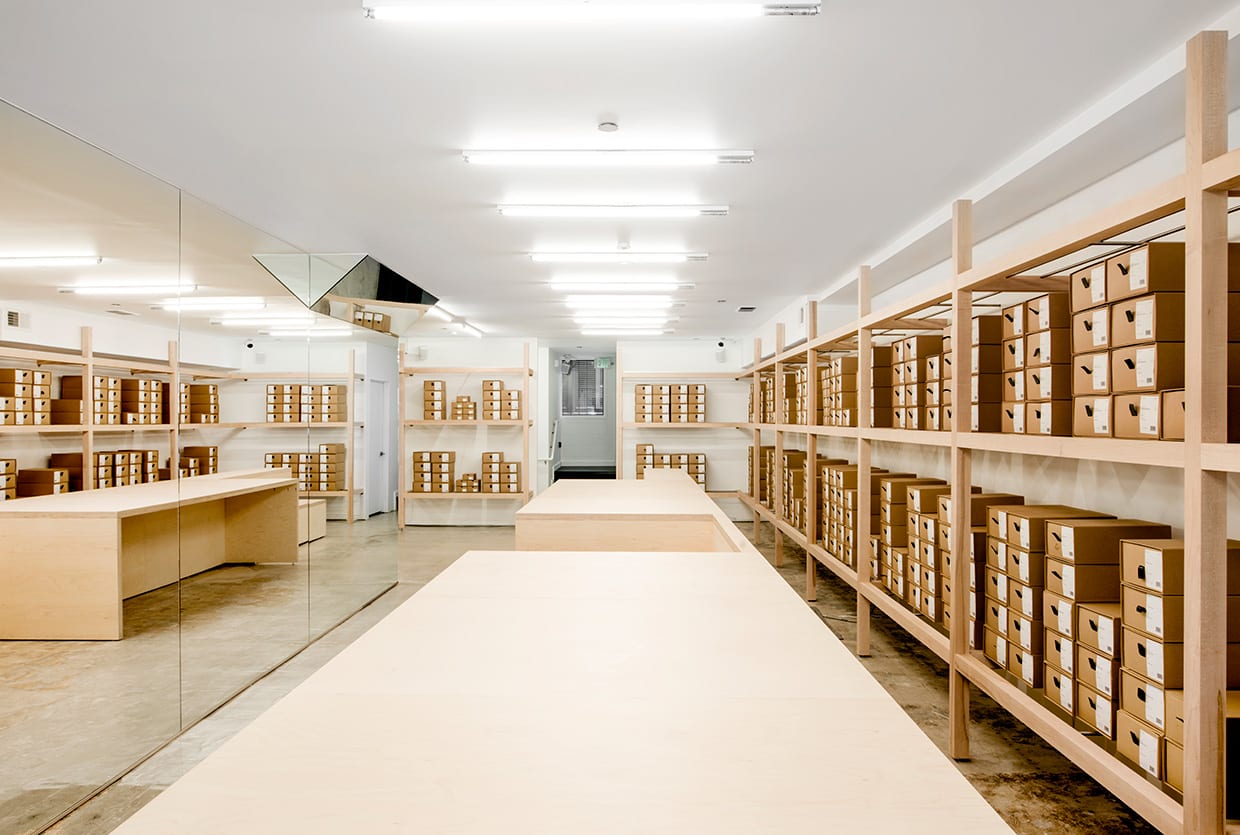 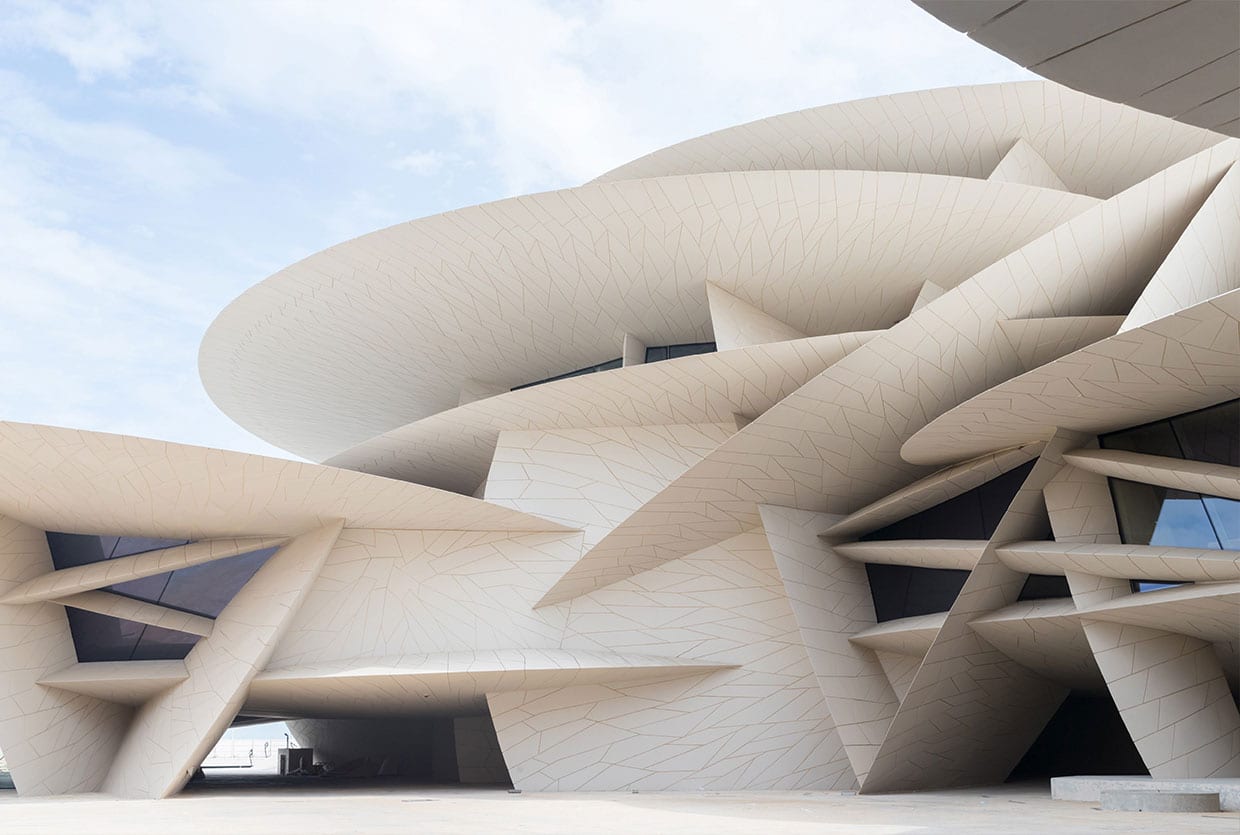 Inspired by a blade-like mineral formation known as the ‘desert rose’, the National Museum of Qatar in Doha designed by Ateliers Jean Nouvel features 11 galleries across 21,000sqm. 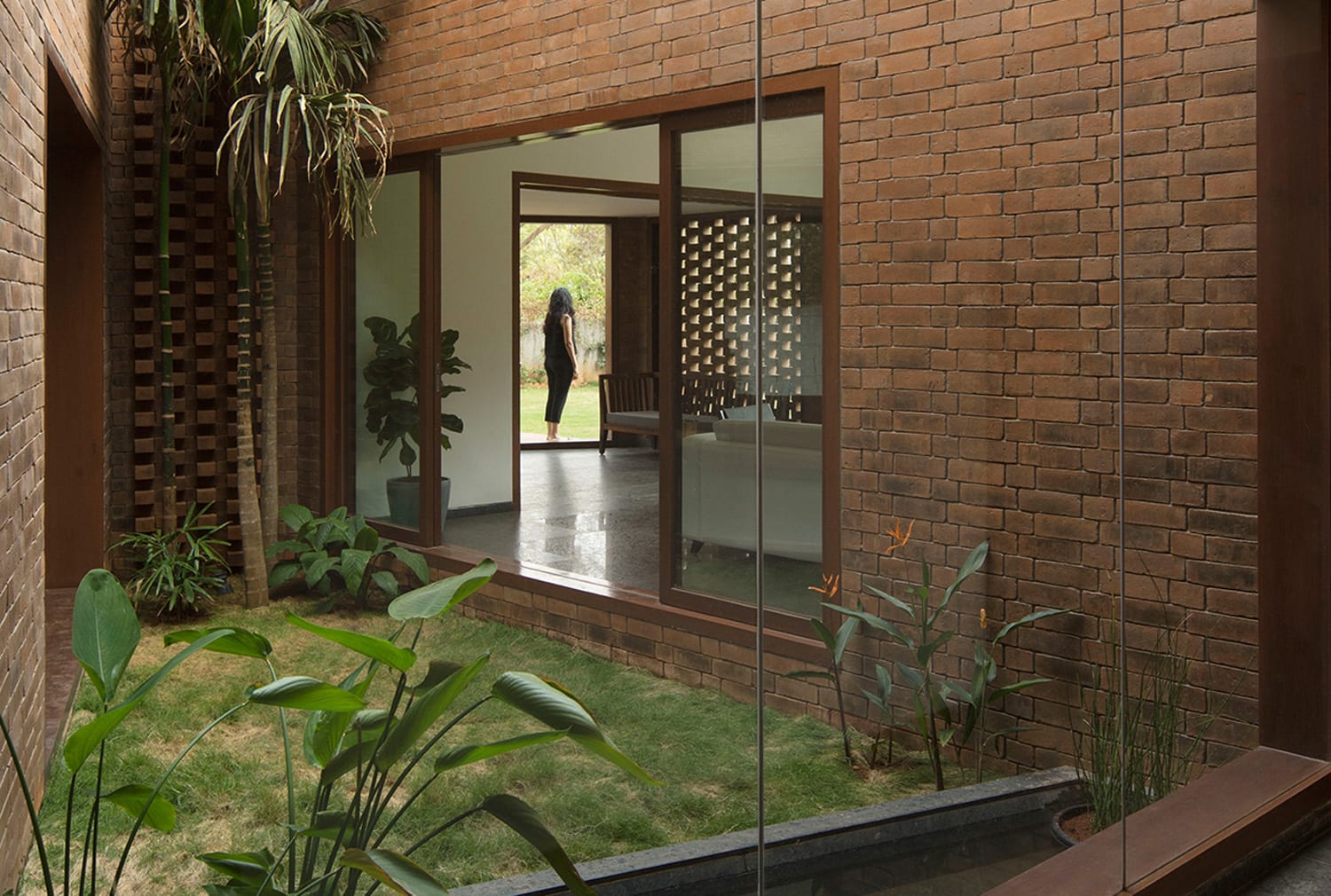 Bangalore-based architects CollectiveProject have completed a Brick House in Whitefield, an area of India that was open farmland up until 15 years ago. 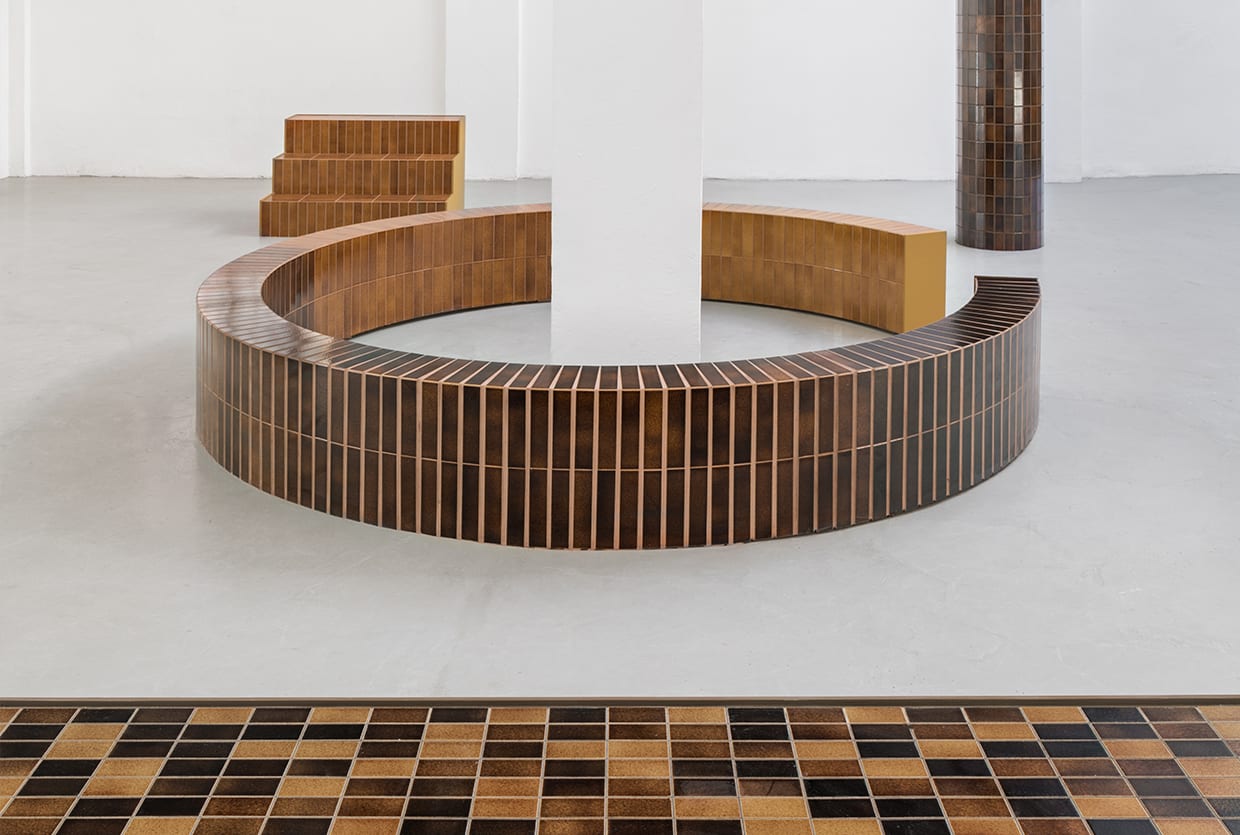 Dzek has released ExCinere, a collection of volcanic ash-glazed tiles for architectural surfaces developed in collaboration with Formafantasma. 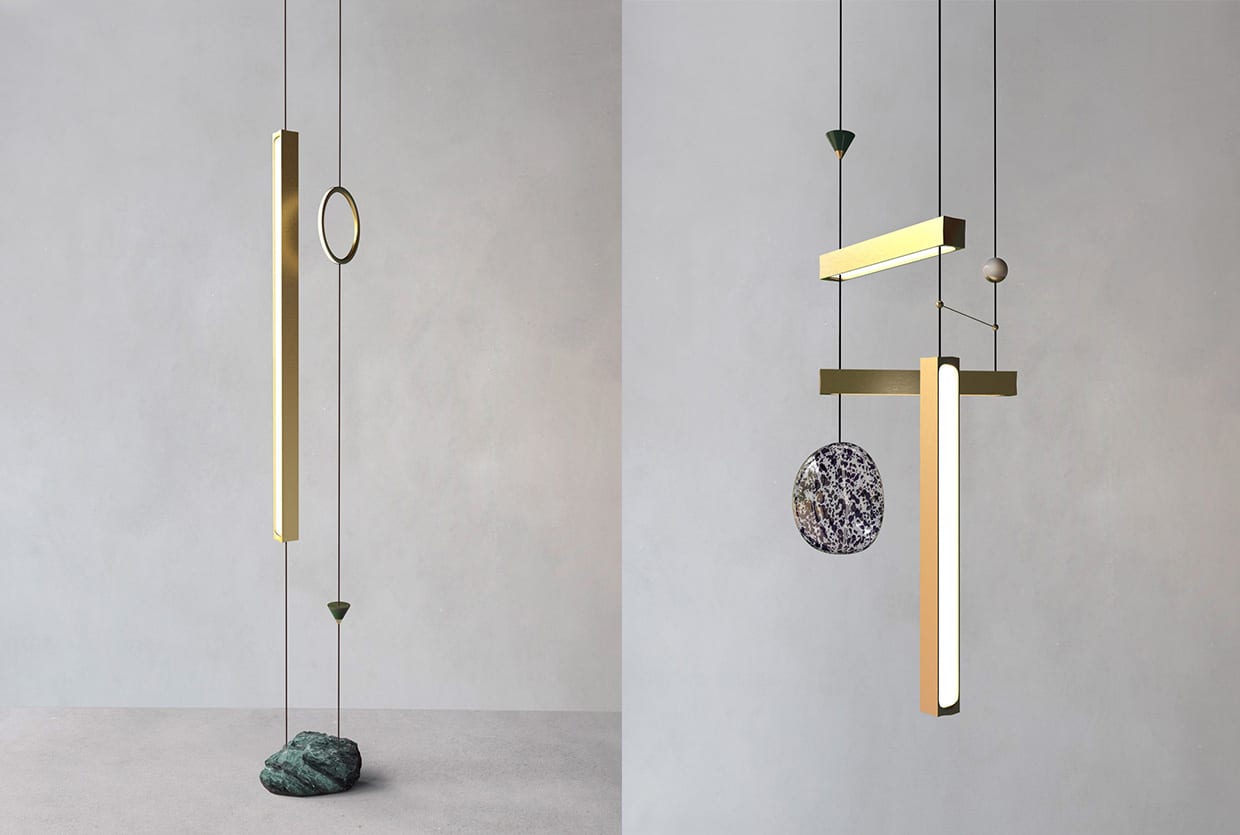 Giopato&Coombes’ “To the Moon and Back” Lighting Collection Joins the Surreal With the Ordinary.

At Milan Design Week 2019, lighting duo Giopato&Coombes debuted ‘To The Moon and Back’, a collection combining the surreal with the ordinary. 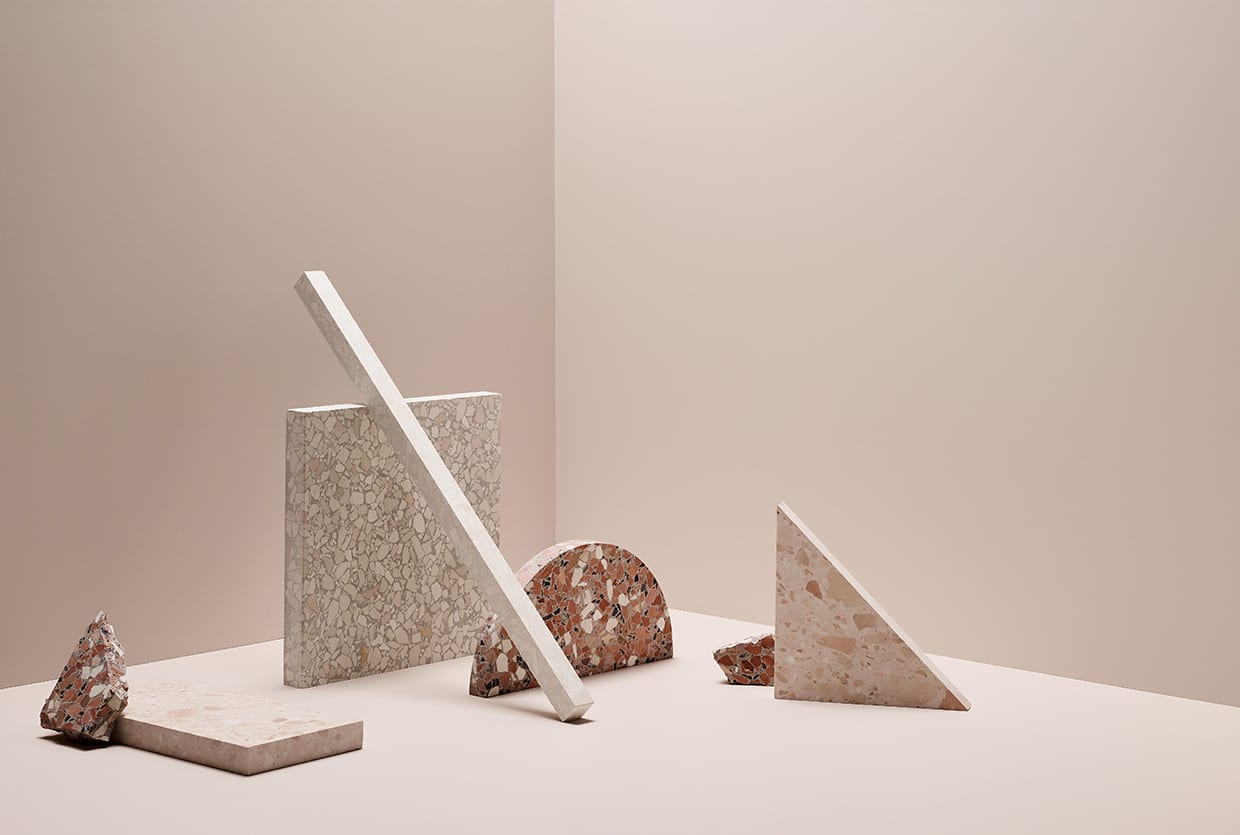 Fatima’s Reflection: How A Curious Student And A Dose Of Heartfelt Nostalgia Led To A Very Special Fibonacci Stone Creation.

Australian Terrazzo stone brand Fibonacci have introduced a new product to their Muse collection, inspired by a student’s longing for her home in Morocco. 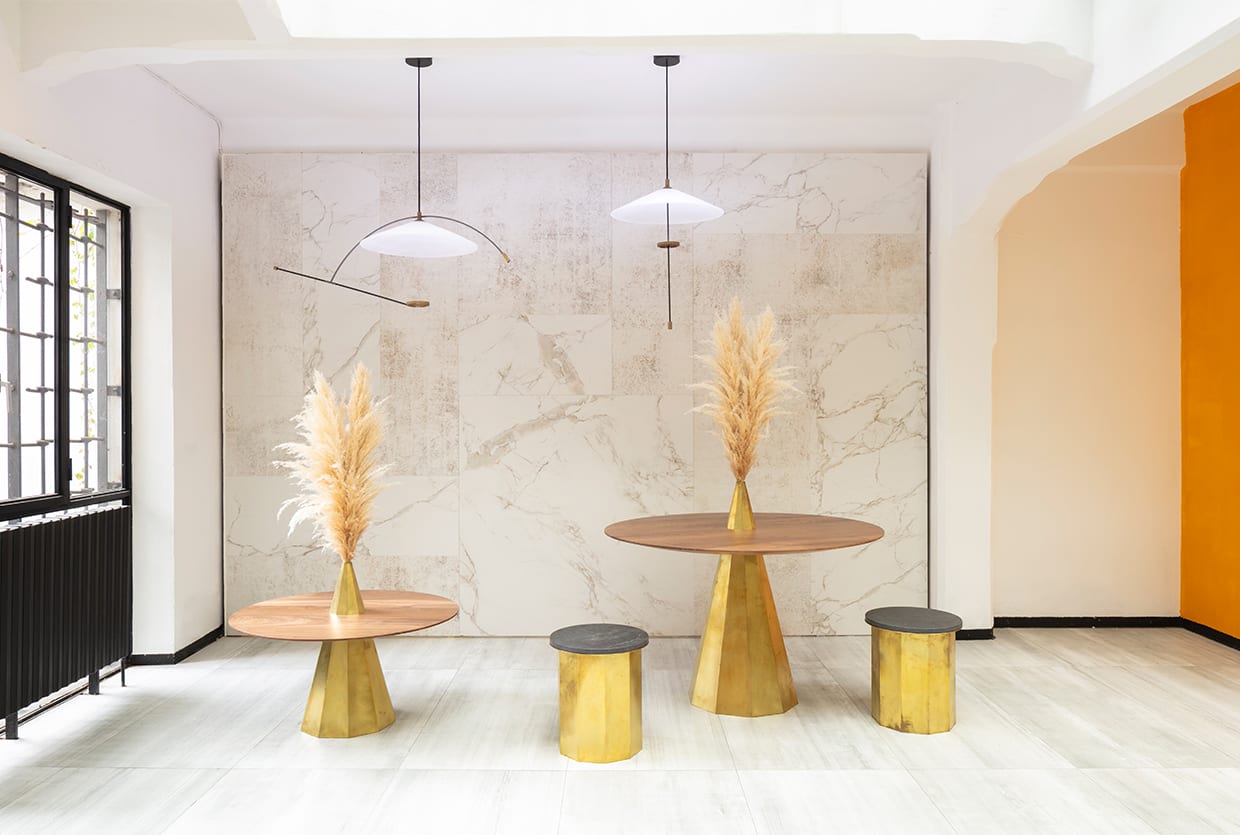 In the largest independent showcase of Australian design to date at Milan Design Week, Local Design unveiled its fourth edition with works by 44 Australian and New Zealand designers. 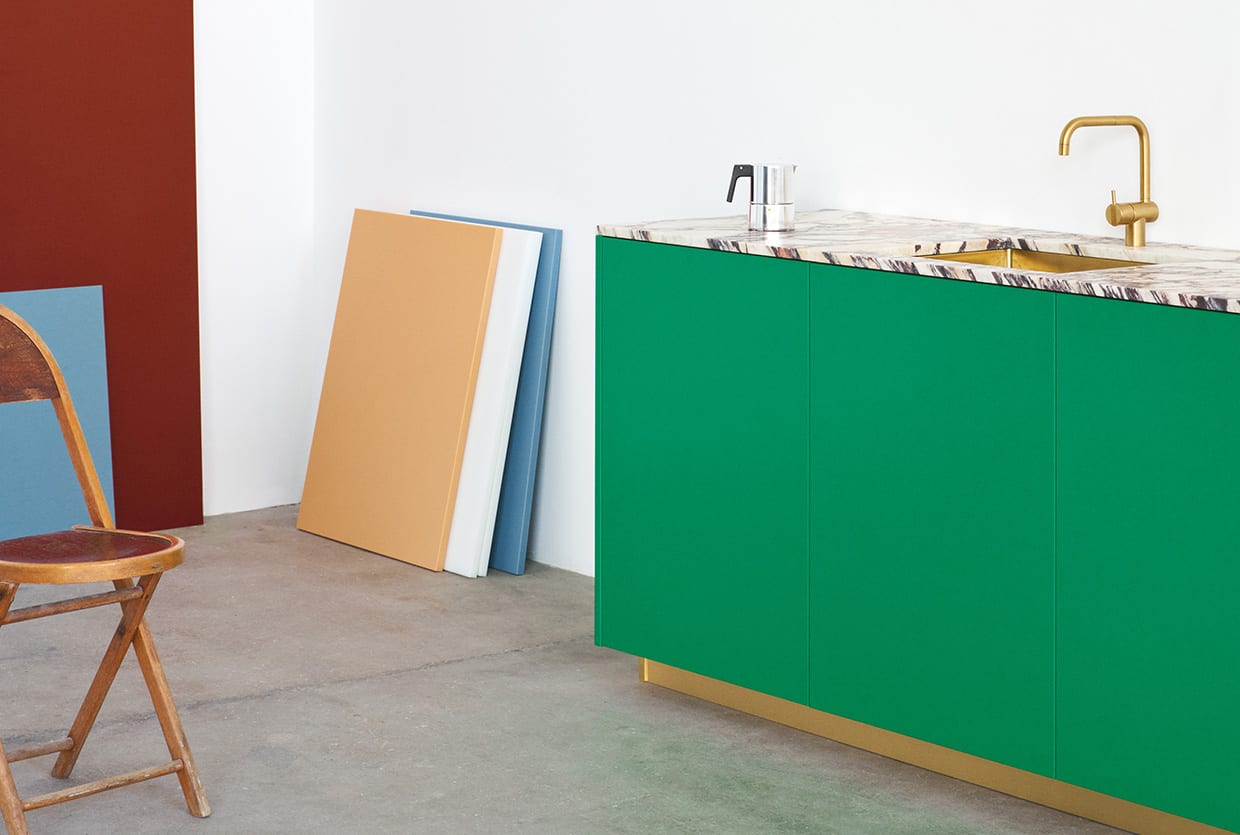 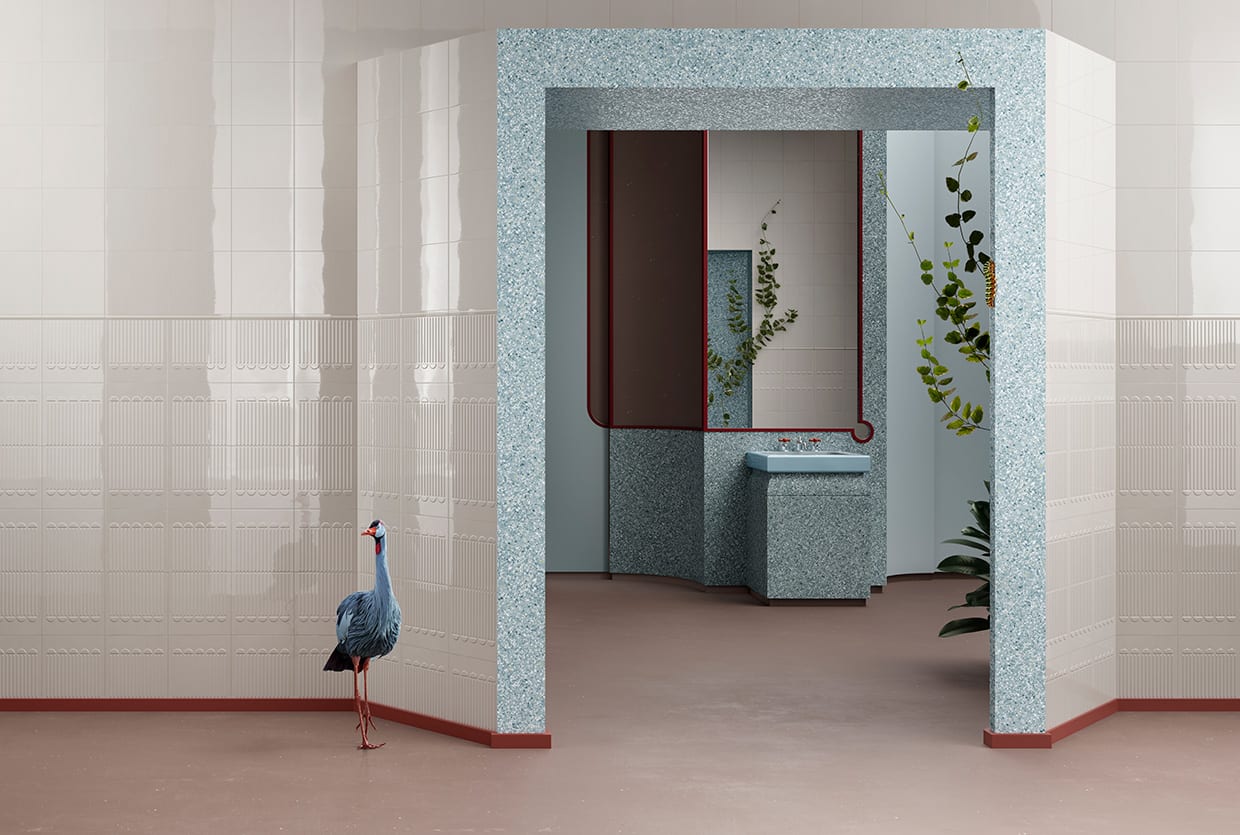 The post Yellowtrace Spotlight // May 2019. appeared first on Yellowtrace.

You may have missed

4 Chic Ways to Use Rustic Brickwork

Everything You Need to Know About Light Bulbs